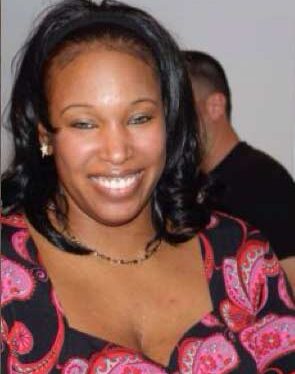 August 2008 I was assigned to Hill AFB, Utah. The moving truck carrying our family belongings from Texas to Utah caught on fire and everything we owned was destroyed. We lost everything.

Shortly after the move I became severely ill and ended up in the hospital for a few weeks. I was diagnosed with a Pulmonary Embolism. My lungs were covered in blood clots, and I was one breath away from dying. For the next two years I was placed on blood therapy, including blood thinners to dissolve the clots. This was the most frightening experience I’ve ever had. It made me hesitant to do any physical activity, meanwhile, I was gaining roughly 10lbs a month. By October 2010 I had topped the scales at 224 pounds. I was always in denial of my weight, so once I reached 207 pounds I stopped weighing myself. I was comfortable ignoring it until I saw a photo of myself on a girls night out outing. I was literally in shock.
The meds I’d been prescribed were no longer needed, I was given a choice to stay on them or stop but I continued because I felt as long as I was on them, I would not die. I was simply living in fear. I took a stand and started to wean myself off, and started to incorporate gym time and a healthier lifestyle. I started walking on my lunches just about 2 miles a day, and doing a night session of cardio, after the kids were asleep. By June 2011, I was down to 165, and I was very happy. I accomplished this by 80% cardio, and 20% random weightlifting. There was no rhyme or reason in my selection of foods I just watched what I ate. I maintained my weight for about a year.

Over time my military uniform began to get snug, I did what I always did–ignore it! I was going out more, drinking more, and thought my little three times a week of workouts would make up for the unhealthy habits I was picking back up. August 2013 I was on a Florida vacation, and once again as the tagged photos of social media started to surface from the trip, my eyes became big as saucers. I was humiliated by what I witnessed. I MADE myself go to my bathroom and get on the scale. The magic number? 199.8!!! My thoughts?? “Oh dear God, how could I weigh this much again!!!!” I WAS ANGRY WITH MYSELF!!!!

I needed help, and I knew at 33 years old and apparently what I did on my own was not enough. I knew I needed a trainer/nutritionist if I was going to attempt to do this yet again. A dear friend of mine, who was a fitness competitor, suggested I give her trainer, Mike Davies of Fitness Factory a try. I did my research, and saw IFBB this, IFBB that, and was like “what the heck, I’m not anywhere close to these women. They seemed to be chiseled out of stone.” But, I went for it!!

Mike developed a special plan for me, designed my workouts, and discussed my goals, wants, and needs. He’s not a very sensitive man, and will not tell you what you need to hear, which worked for me! He fueled my motivation, and in return I gave it all I got.

The Nutrition Plans are simple to follow. At times it felt like too much food. His training/cardio plans are KILLERS!!! I never quit, I stuck with it. The importance of weight training, cardio, plus nutrition is key! It all works together, and you must trust your trainer in the process.

October 11, 2014 I competed in my first bodybuilding competition, and graced the stage at an amazing 129 lbs. I placed top 10, and I was so very proud of myself.

Through this all, I have changed, adopted a healthier lifestyle, fitness friends for life, and self-control. It would not have been possible without me believing in myself. Without my family believing in me. Or without Mike Davies taking me under his wing. 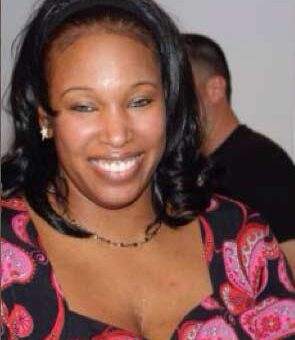 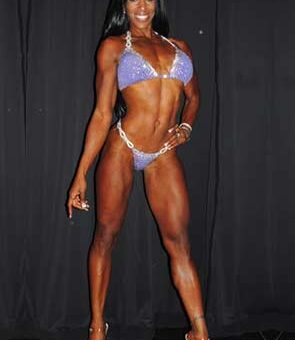